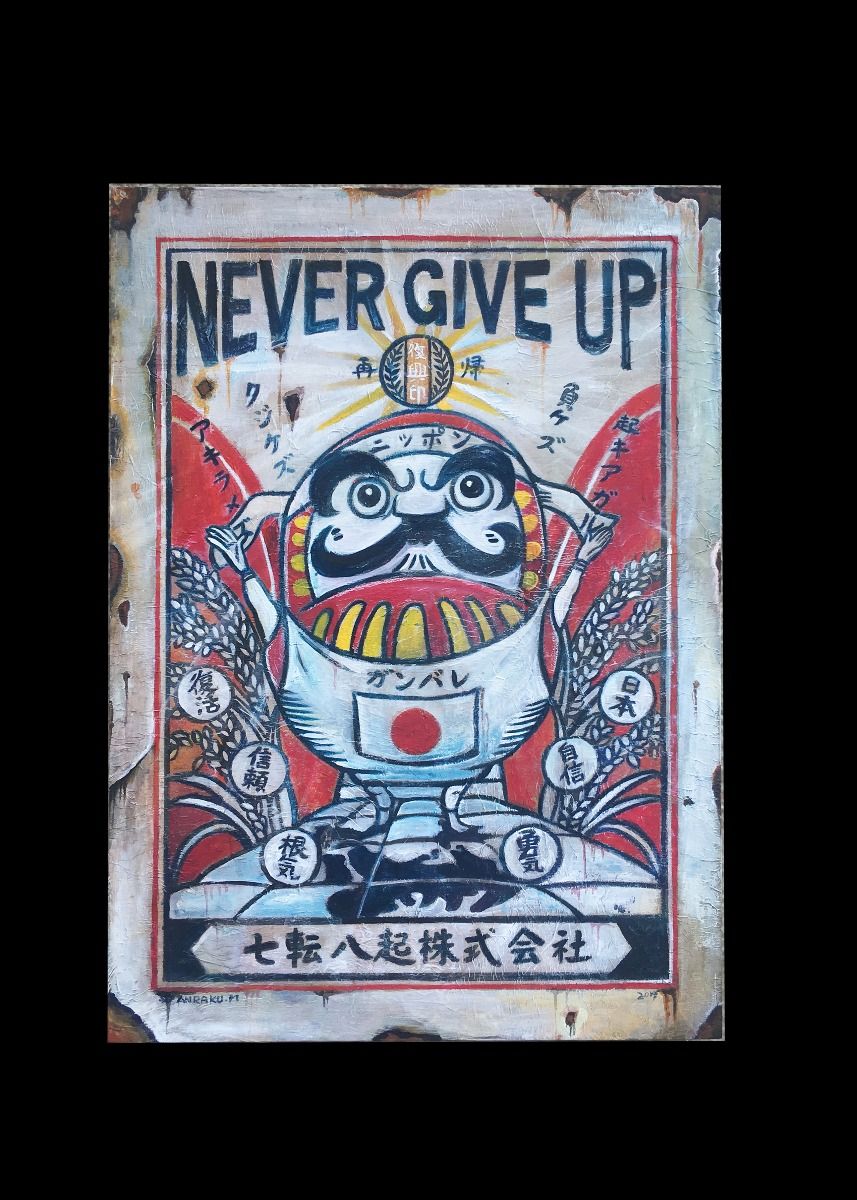 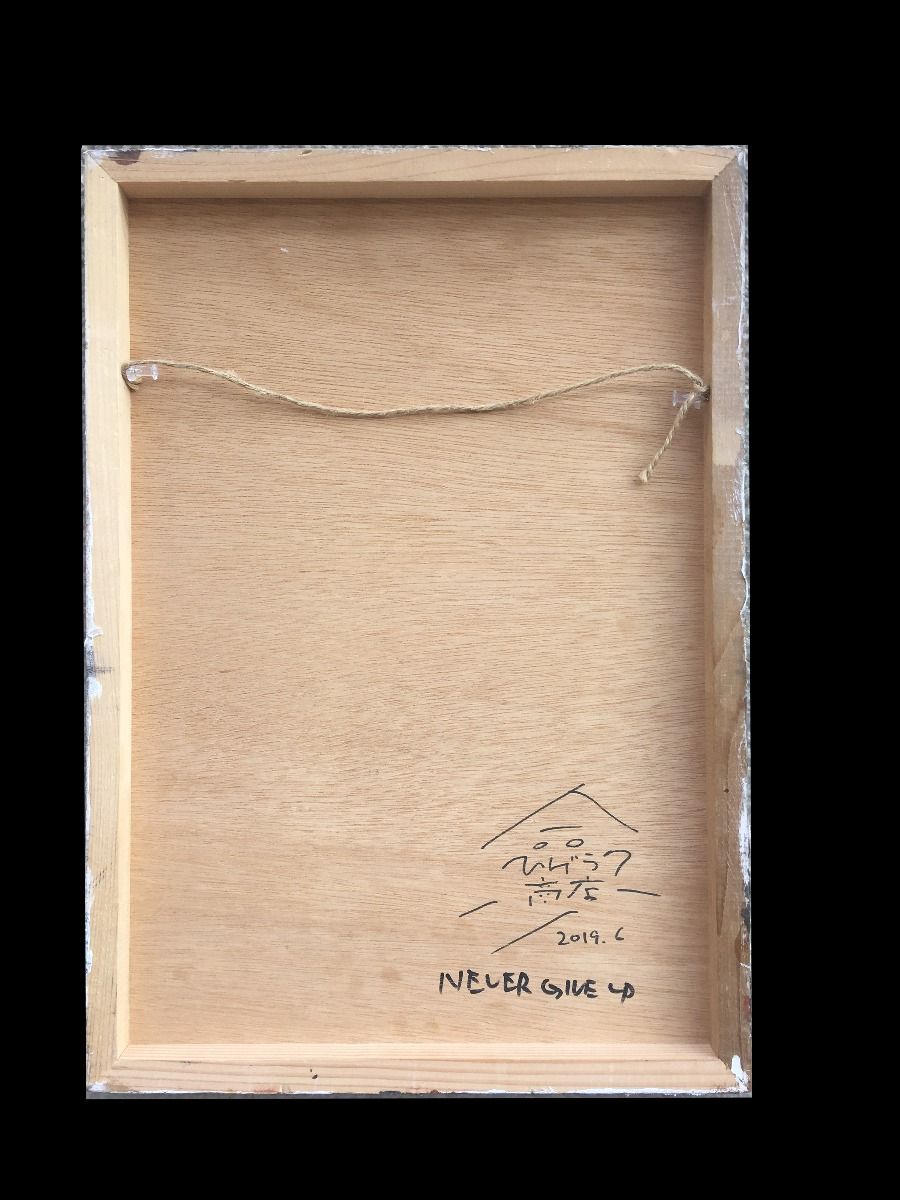 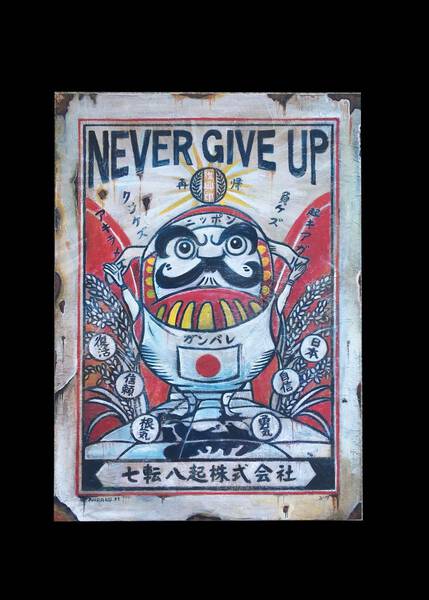 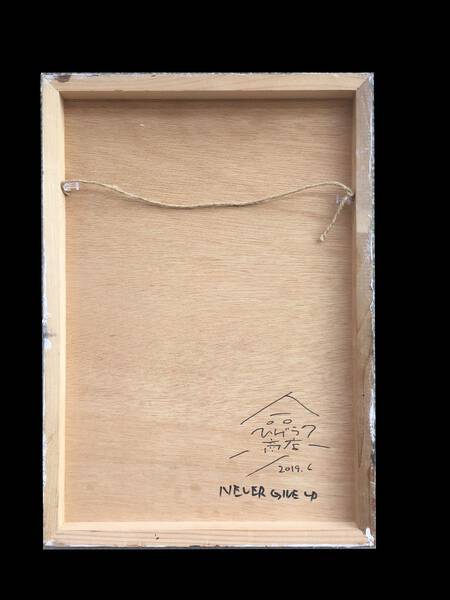 A painting influenced by Japanese saying, 'A man's walking is a succession of falls' and Masashi Anraku expressed this situation by daruma dolls (a hollow, round, Japanese traditional doll with a symbol of good luck).
The old-fashioned, nostalgic design is influenced by a matchbox label style from Meiji to Showa era (1868 - 1989). The rust and dirt has been added intentionally in order to express that this has been here for decades. 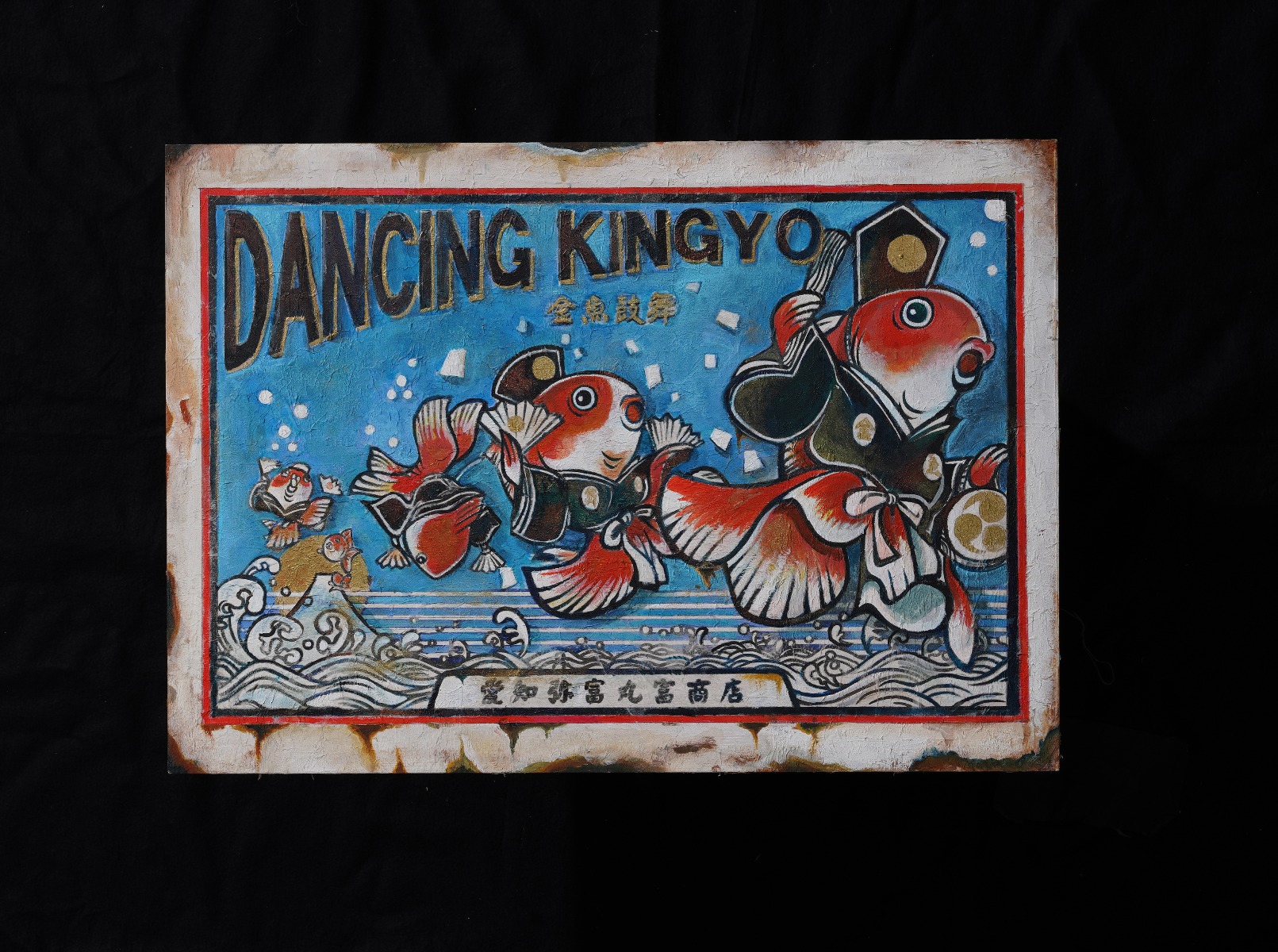 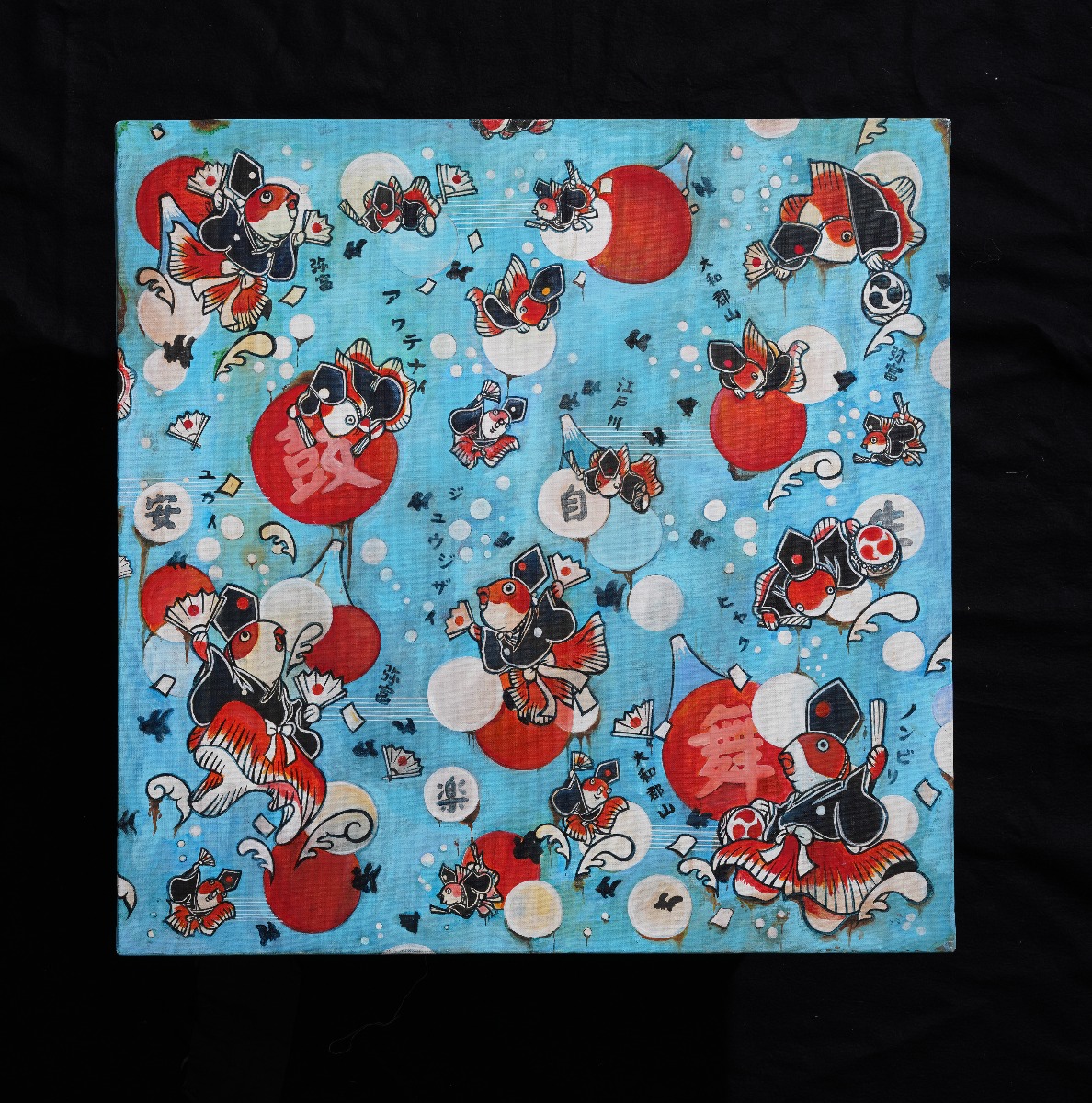 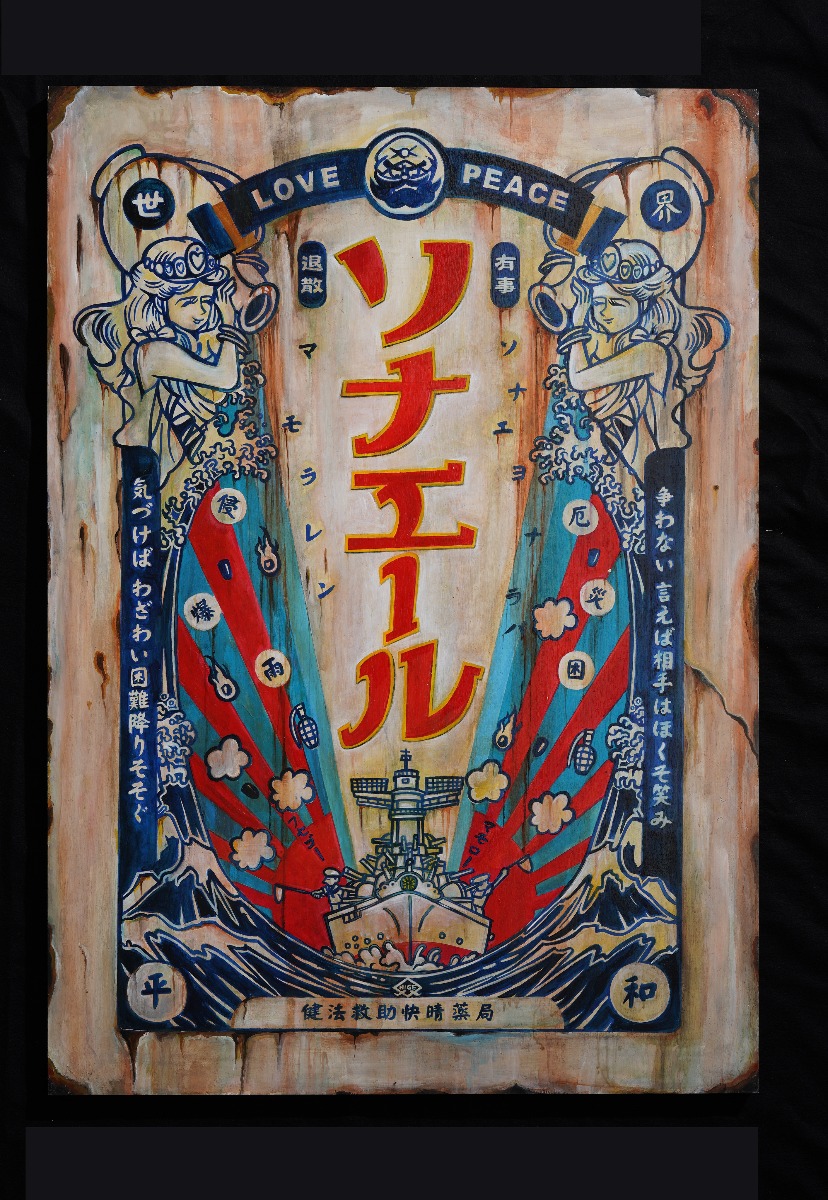 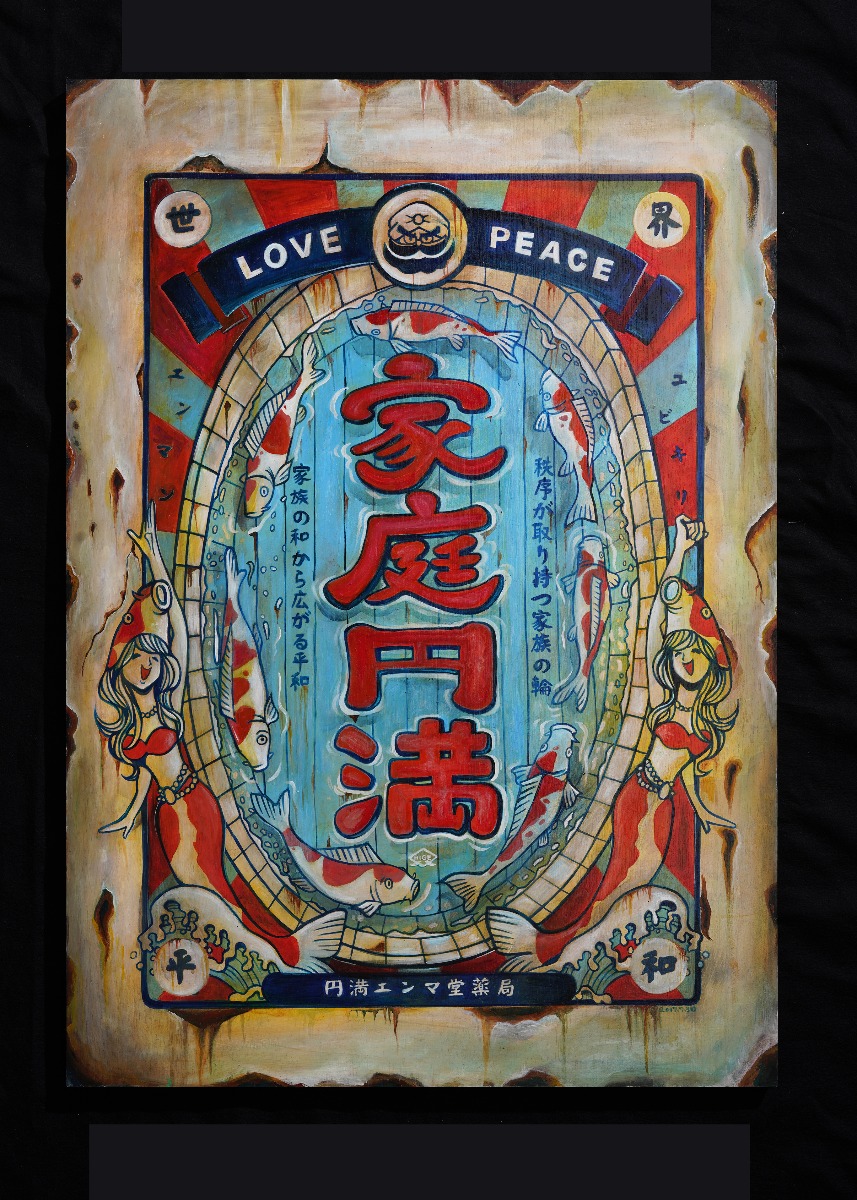 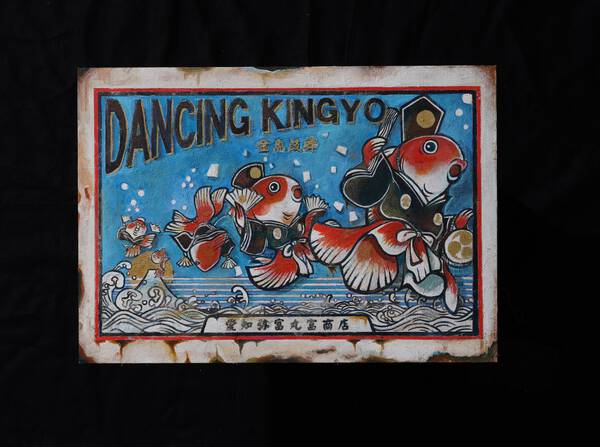 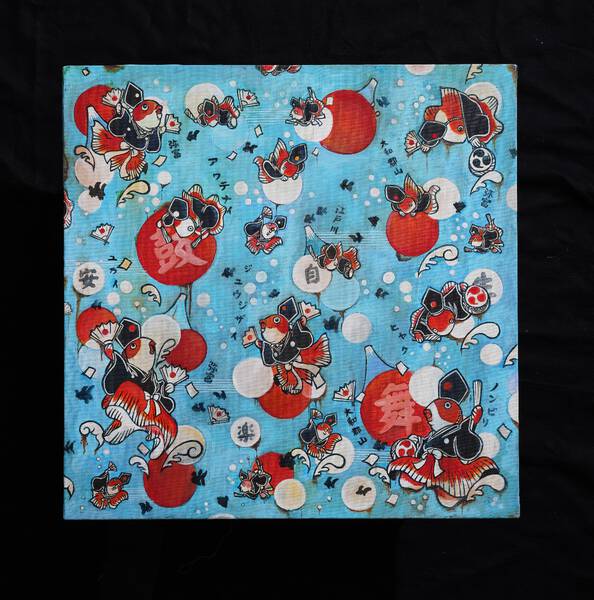 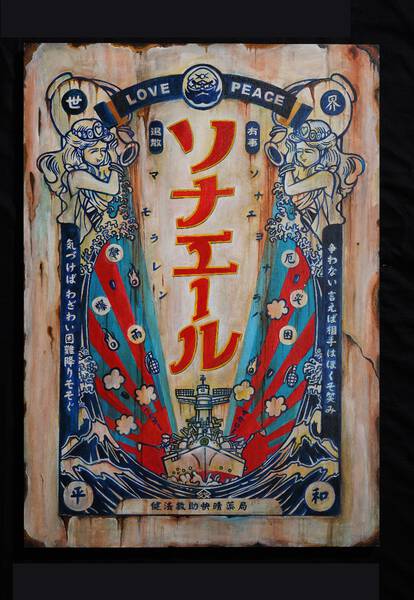 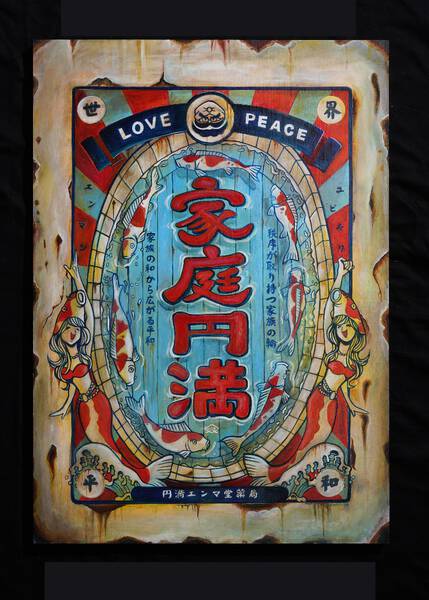