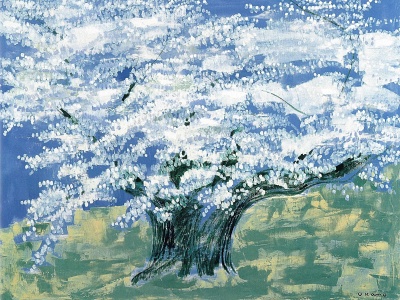 Hiroshi Okano was born in Hiroshima in 1949. After studying oil painting at Musashino Art University, he began his travels to Europe. There he decided to stay in France to continue studying oil painting at the National School of Decorative Arts. Okano discovered his unique style during an outdoor stroll in late spring when he became inspired by the beauty of nature that would later form the basis of his art. From this inspiration, he has continued to develop and refine his own style. 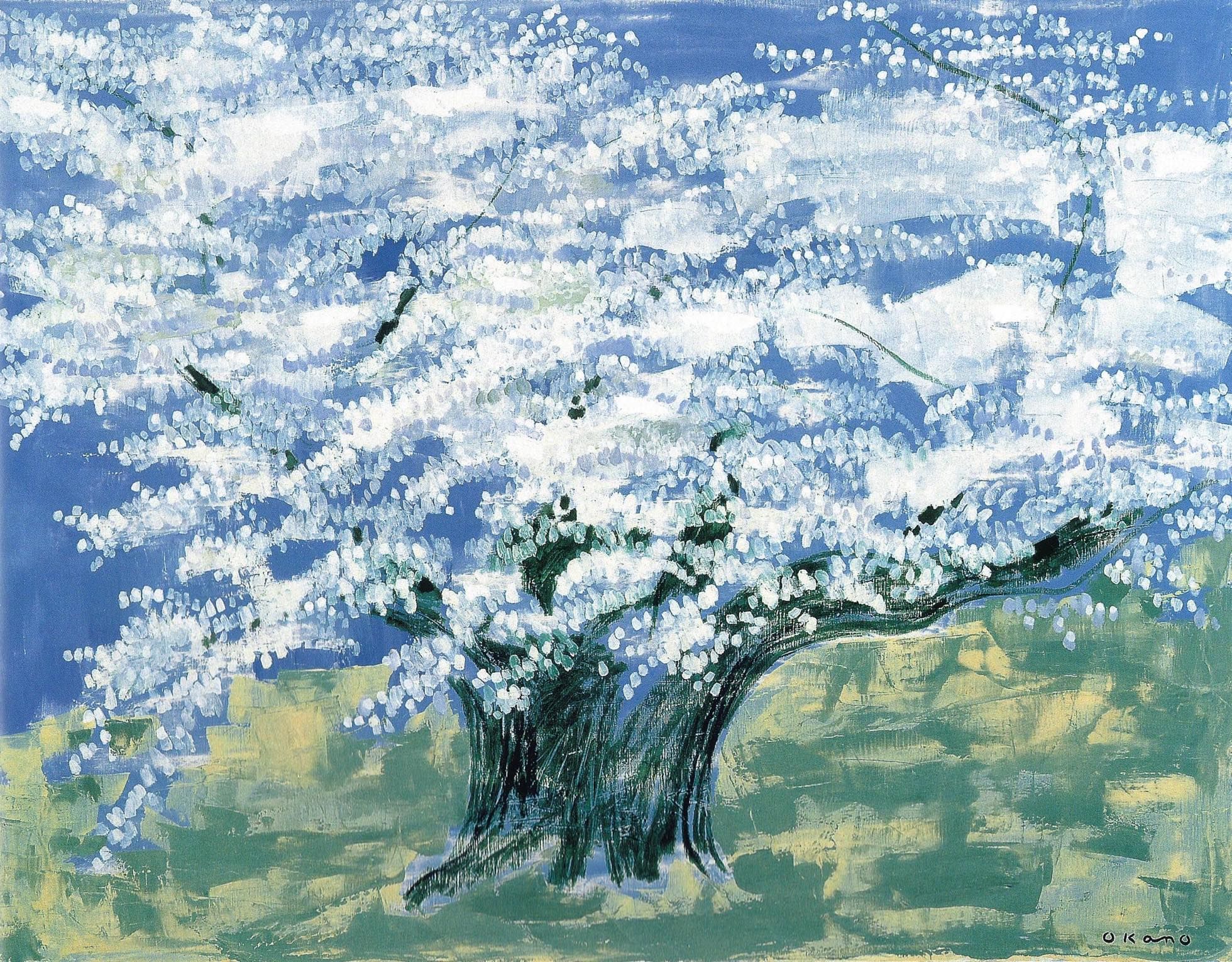 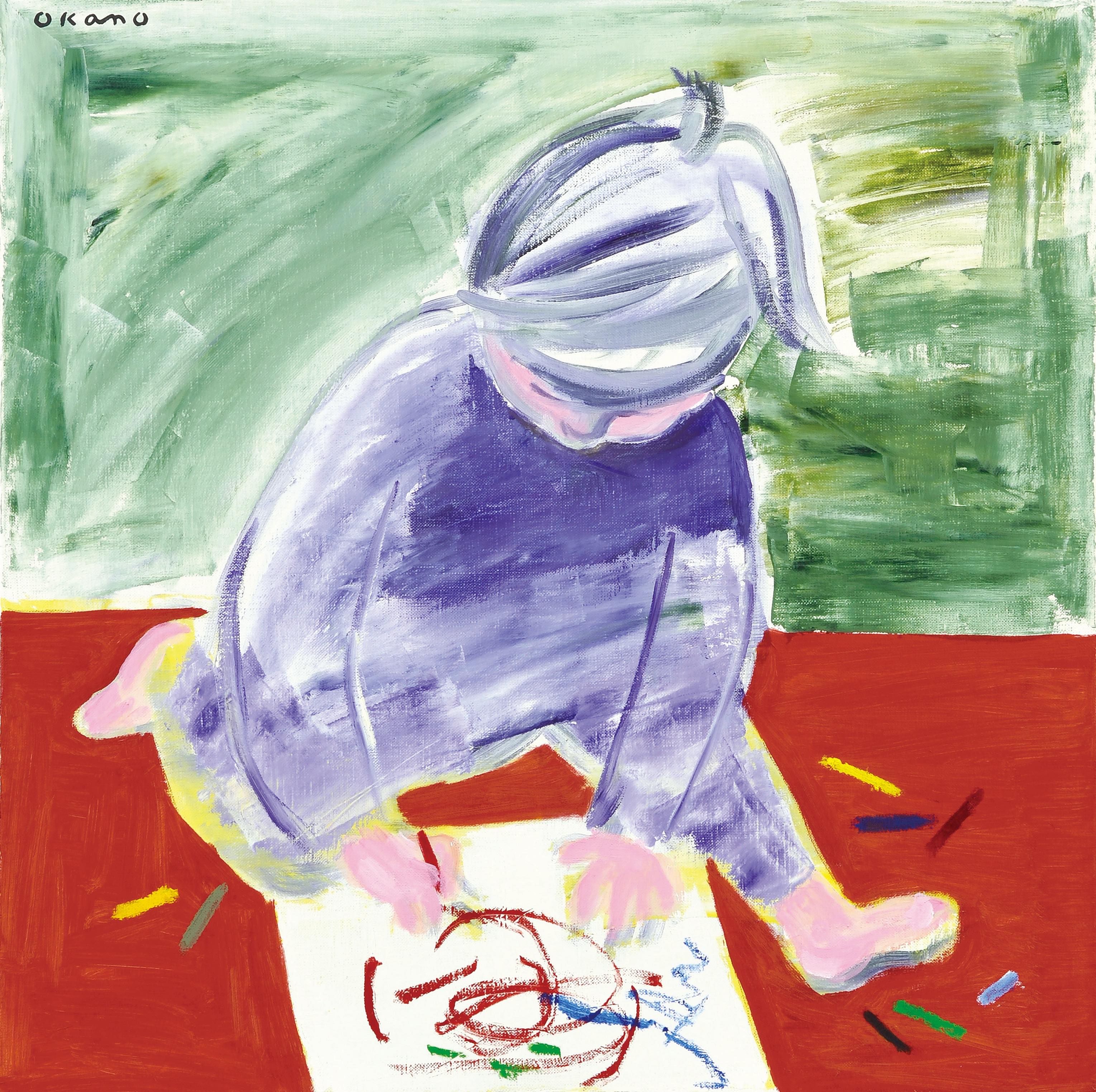 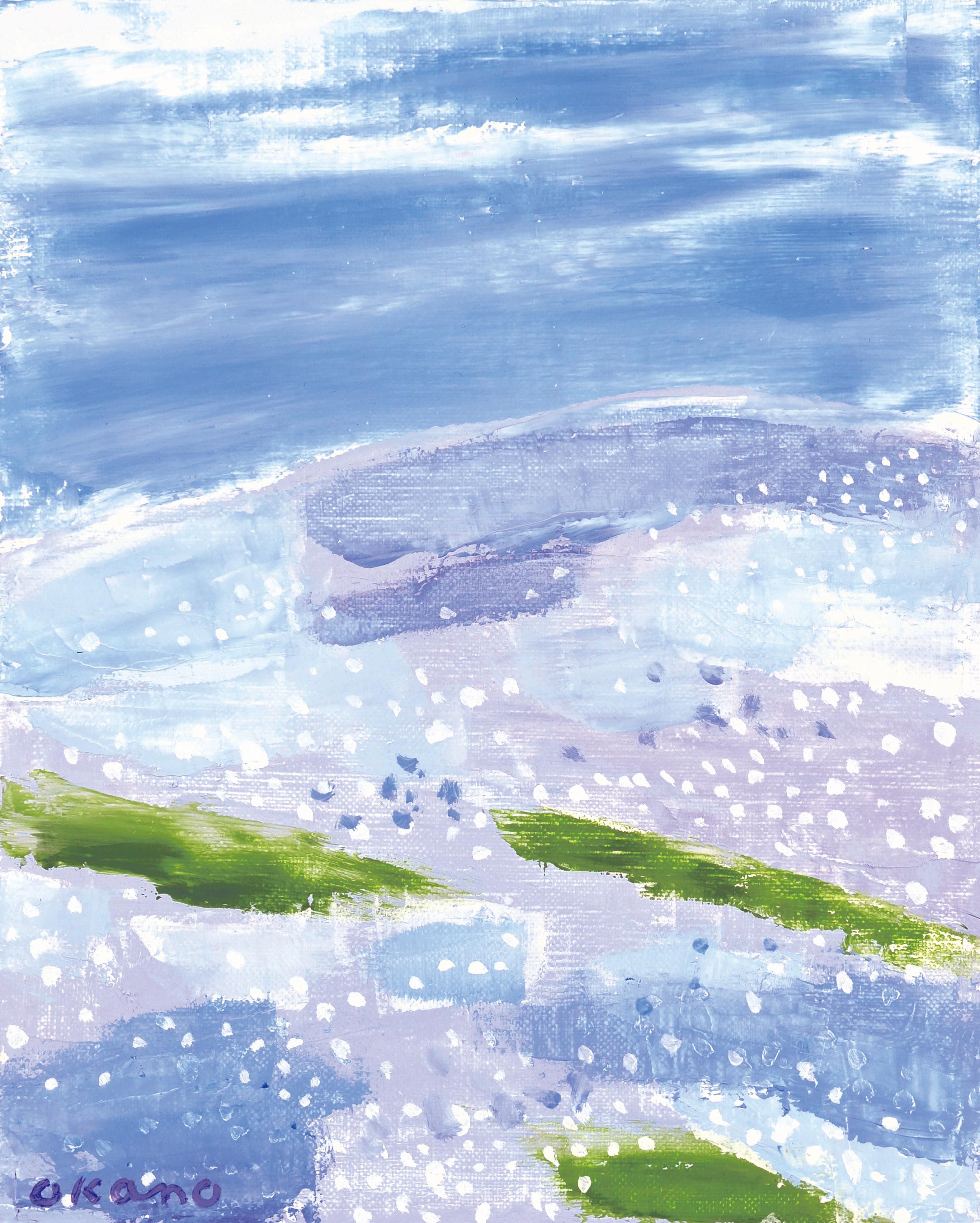 A scenary in lapis lazuli blue.