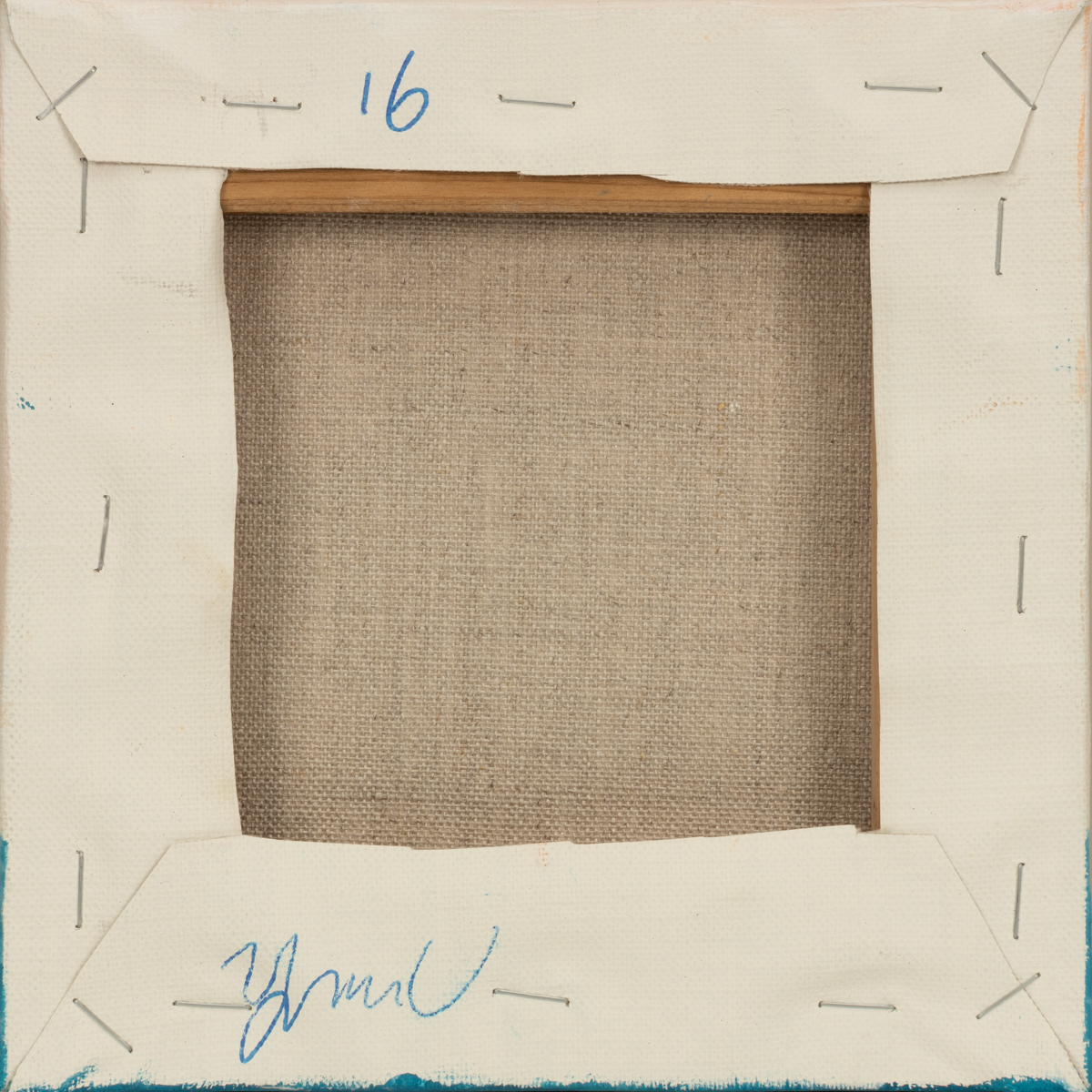 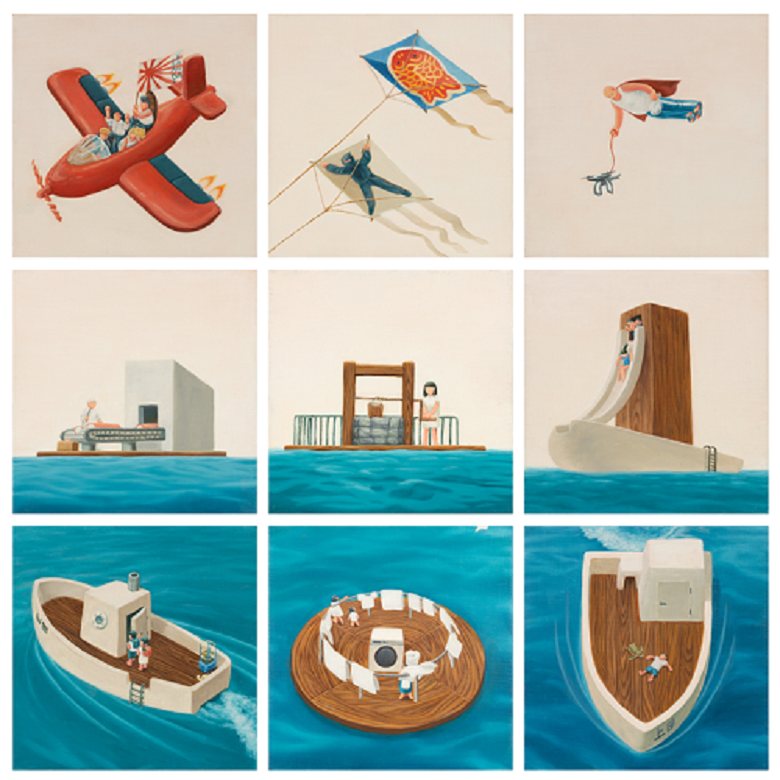 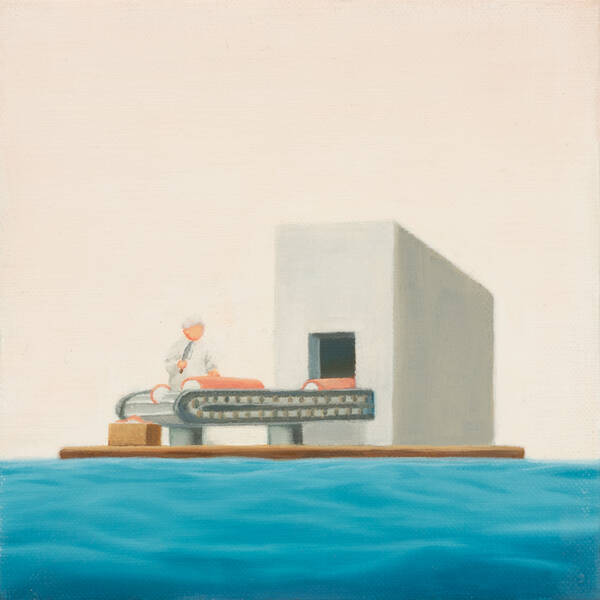 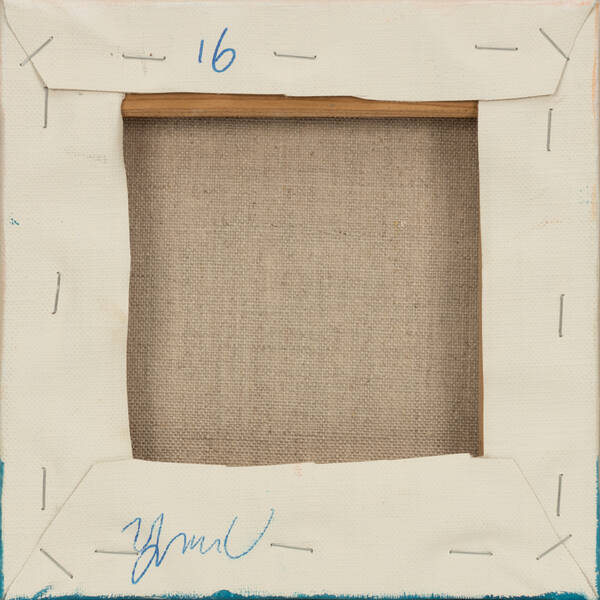 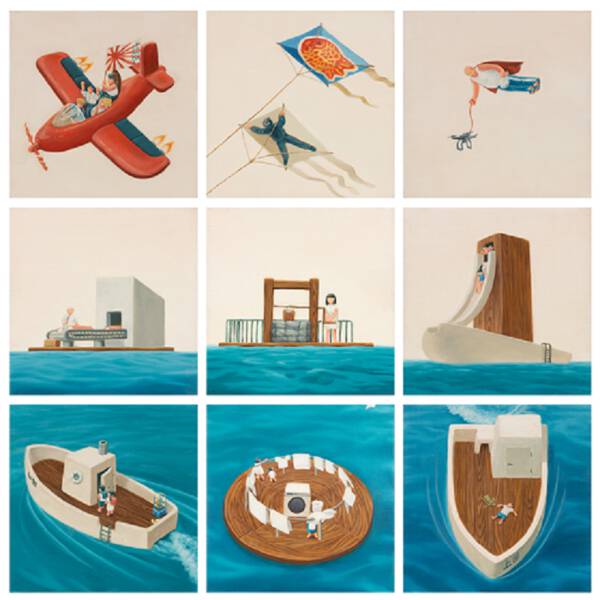 This work was influenced from narrowboat in London, UK. Narrowboat is a boat of a distinctive design, made to fit the narrow canals and modern narrowboats are used for holidays, weekend breaks, touring, or as permanent or part-time residences. Yumi Ukai saw on the news that the number of people living on narrowboat are increasing, and this gave her to think vaguely that she wants to live on a narrowboat as well. It is impossible to make it happen in her real life, therefore she decided to express her life of if she was living on a narrowboat in 25 different pieces of work and this is one of them. All 25 works have been subdivided into the "Aircraft of the Sky" series in the "Seaside Life" series, and this is one of them. The dwellers in this world process the fish they got into Kamaboko, fishcakes in Japan. They were bored with the simply grilled fish. This art captures comically the story that they started processing fish spending time and effort. Oil painting on a lined canvas is used in order to express the expanse of work, and lining makes it possible to expresses the side view as well. Signature is on the side so this work won't lose its vision and the intensity. 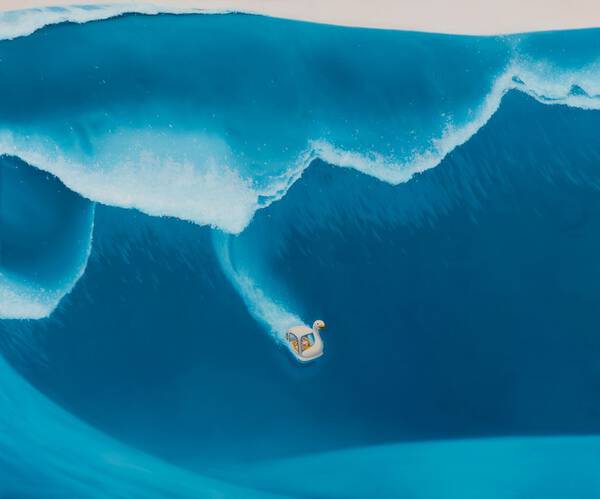 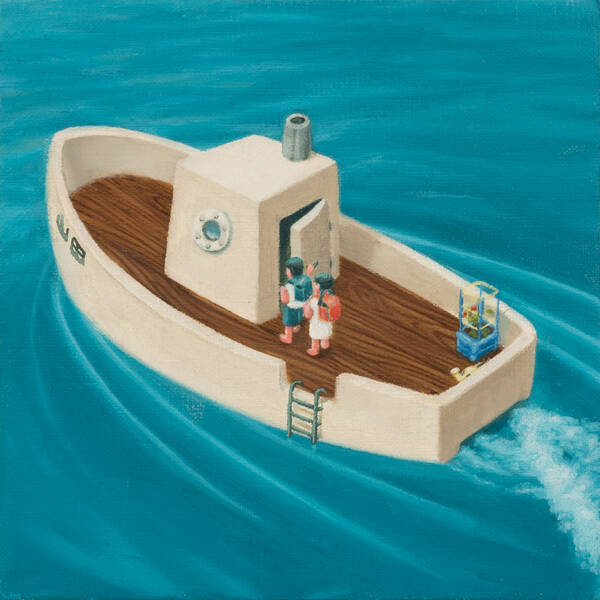 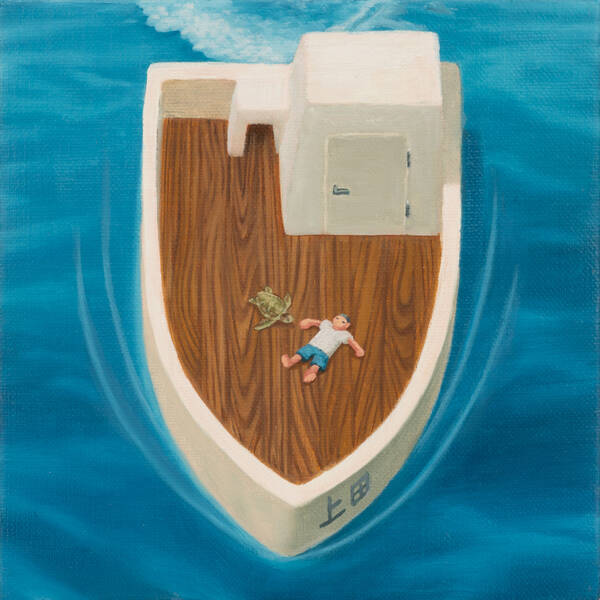 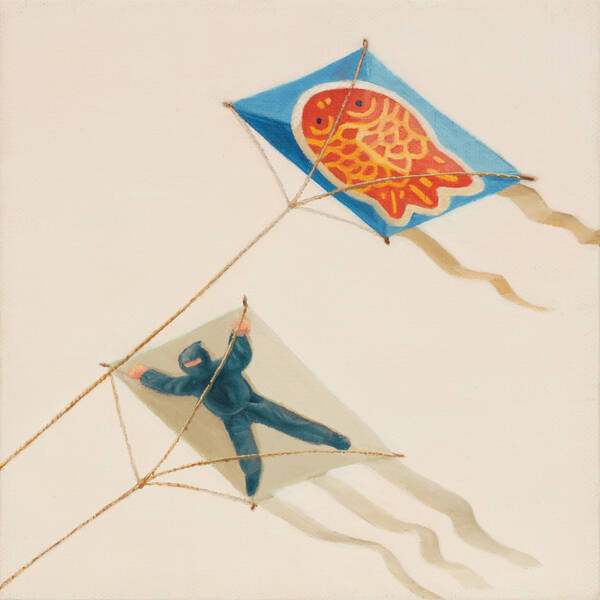 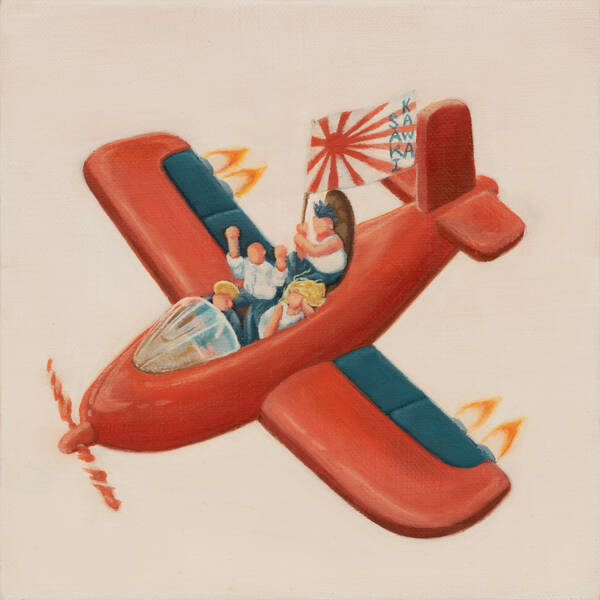 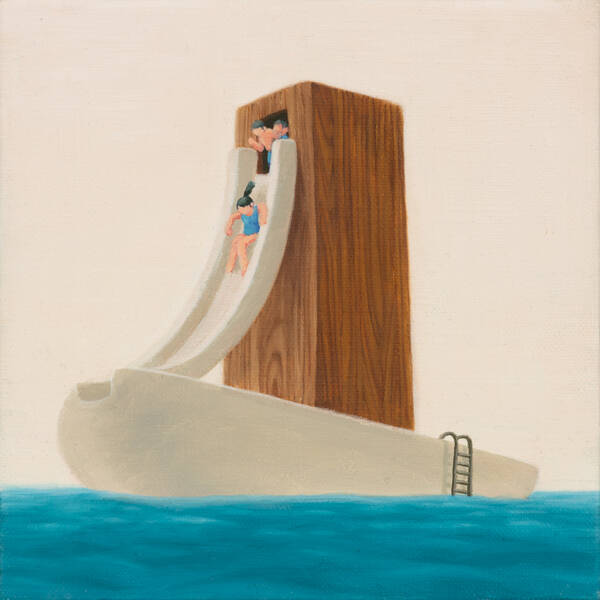 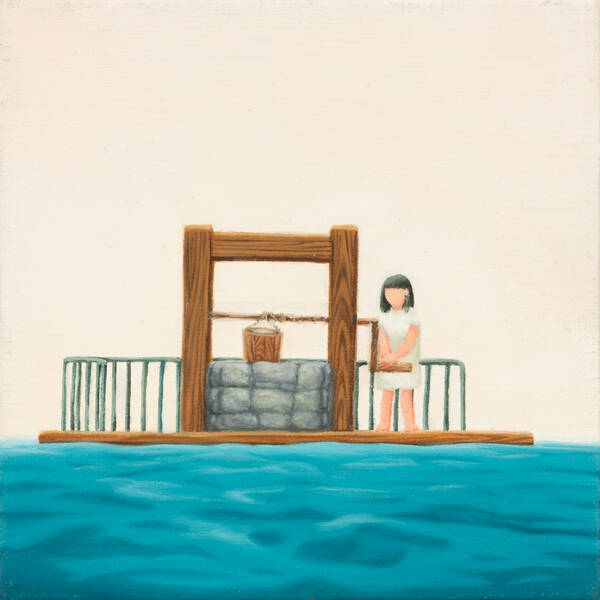 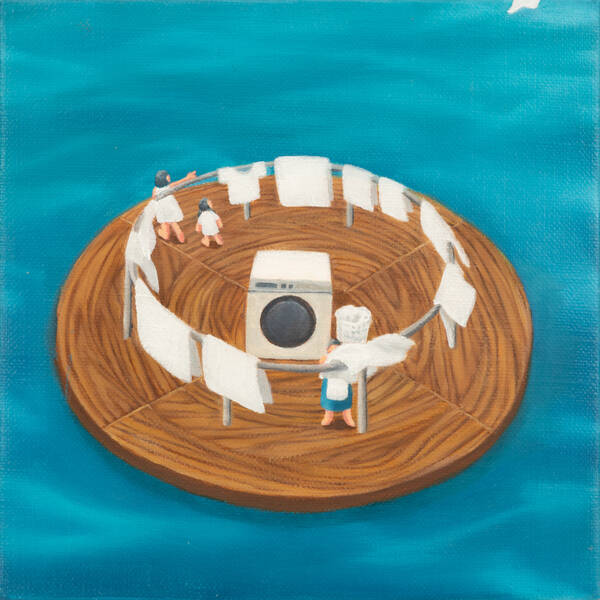