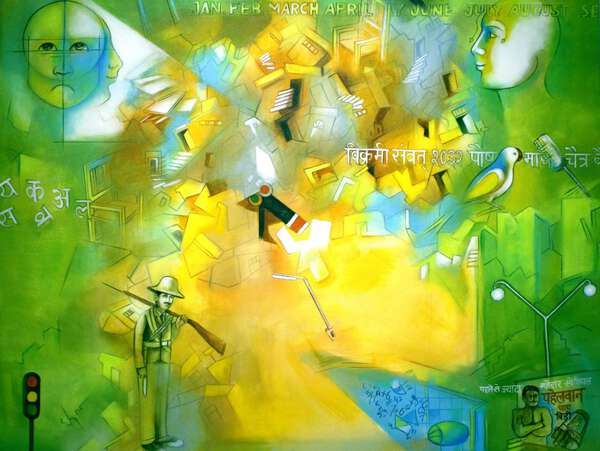 I was brought up in a very small town. The town where innovative information hardly reaches because of narrowness of thoughts and conventional society. I had scuffled a lot to bail out of this darkness because the path. Those are still in his possession as a collection.

He took formal training as an Art and Craft Teacher Training from Gurgaon in 1978. This period of training at Gurgaon nurtured him about the creativity because of his frequent visits to Art Galleries at New Delhi. After finishing the training he came back to his home town Bhiwani and started teaching art in school. But his search and hunger was else which was in his soul. There he came in contact with some local poets, dramatists and painters and they formed a group called ‘Kala Munch’. They performed plays and discussed contemporary art. Once this group participated in play competition held at Gaity Theater Shimla. On the way they had a round of Art College at Chandigarh. He was so much inspired to see the young budding artists doing lots of creativity. This was the turning point in his life and he left the job and joined Art College Chandigarh as student and pass out in Applied Art discipline in 1986. It is important to mention here that the little knowledge which was prevailing before BFA also dented while taking admission in Applied Art because in fact he wanted to be a painter but no one was in his contact who could explain the various disciplines of art.

After completing BFA in 1986 he joined as Commercial Artist with Haryana Sahitya Akademi to fulfill his daily needs and there he worked till 1990. There the working time was full day morning to evening which he hardly spare time for painting. To pursue his passion for painting he accepted the job of teacher in Fine Arts in Education Department of Chandigarh Administration in 1990. It is significant that even struggling for livelihood he continued painting but not at that pace on which it should be. He hold many solo and group shows but the real impact comes only if one do it as full time which is little difficult in the scenario of India.

His actual journey took pace from his show invisible to visible at Mumbai which is continue till date by giving shape to his vision in art. His subjects were Hypocrisy, Existence of peace of mind, Tae Diplomacy. Through tea diplomacy he portrayed the present face of the society in which people using each other’s by way of obliging or with selfish motive. It is in the backdrop that he comes to his present works which deals with the contemporary world without being narrative. The rhythm of the line and the mystery of the figurative forms excite him very much and these get translated in compositions on paper and canvas. Horses which were his passion in adolescence stay with him as symbols of power in juxtaposing with human form. Of late umbrellas and arrows have intervened into his art perhaps suggesting shelter and communication in the present. Presently he is dealing with commercialization of thoughts, Relations, devaluation with fast life. Art is long and time is fleeing, he really does not know what path his work will take. The journey from invisible to visible has started and he will reach somewhere sometime. He tried all medium but relish only Oil pigments on canvas. 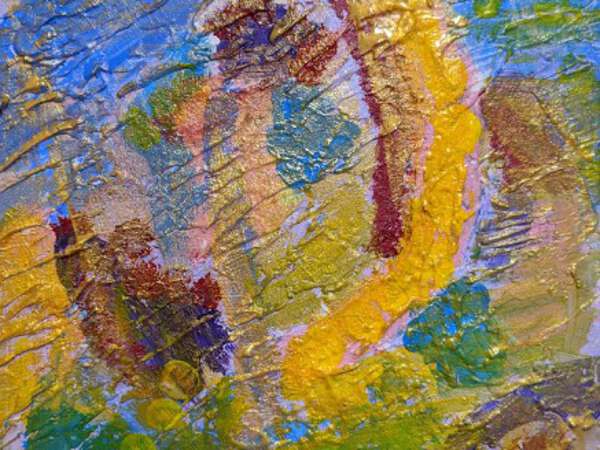 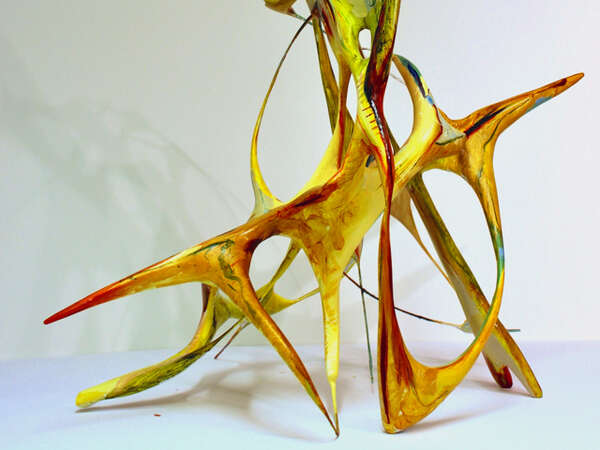 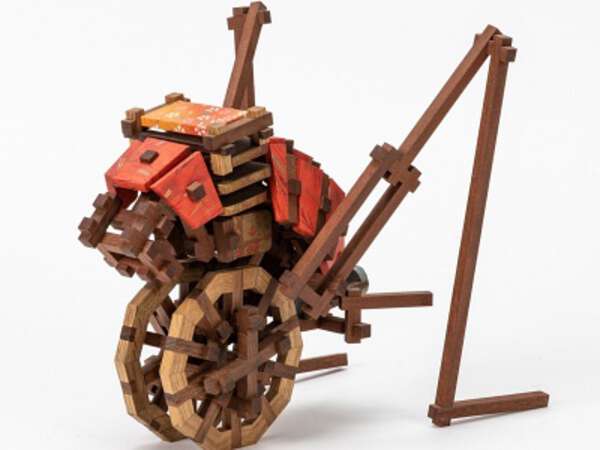 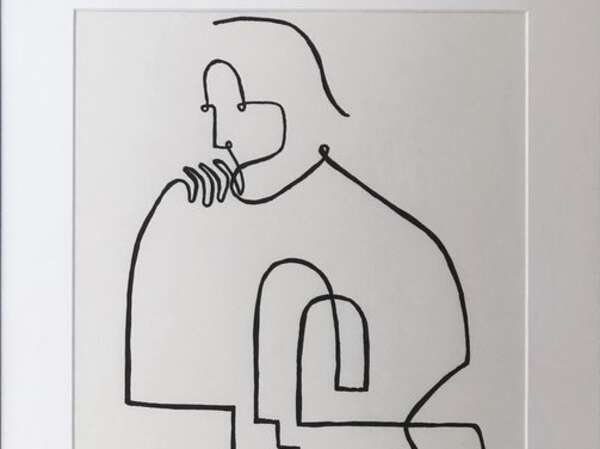 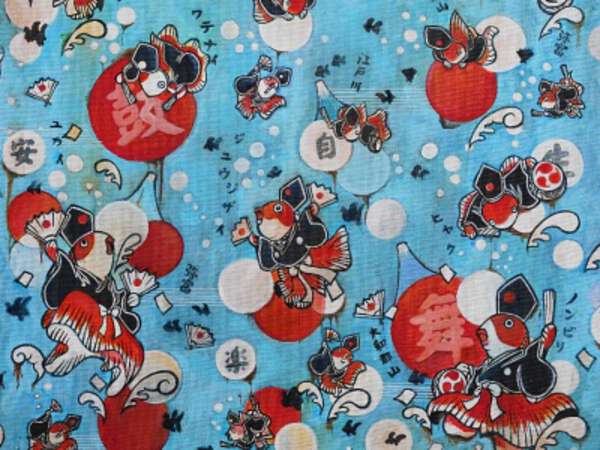 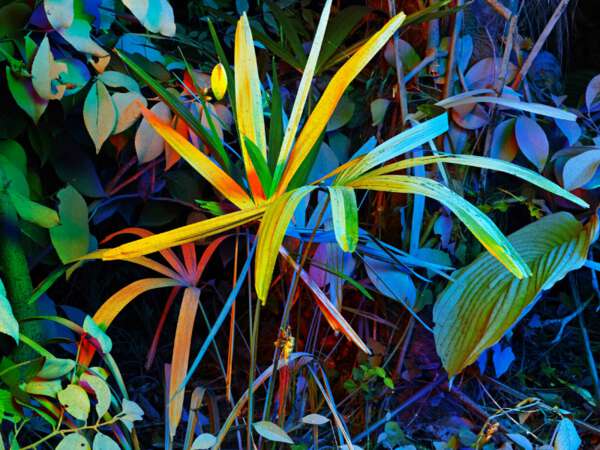 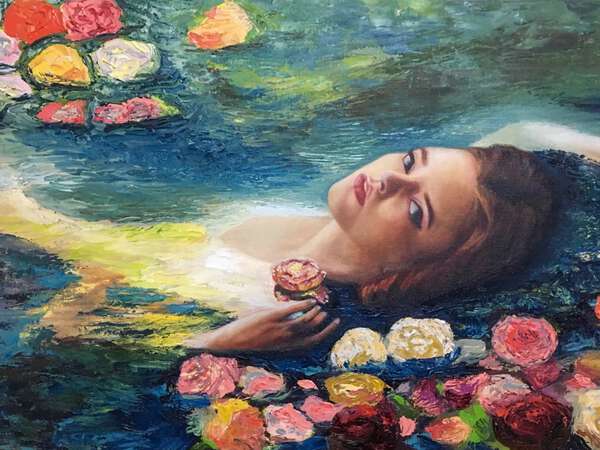 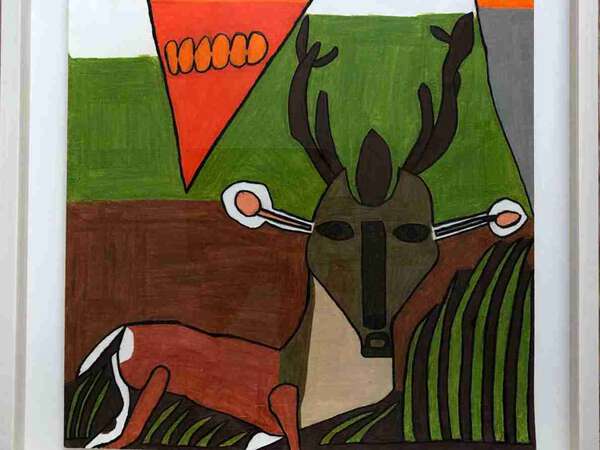 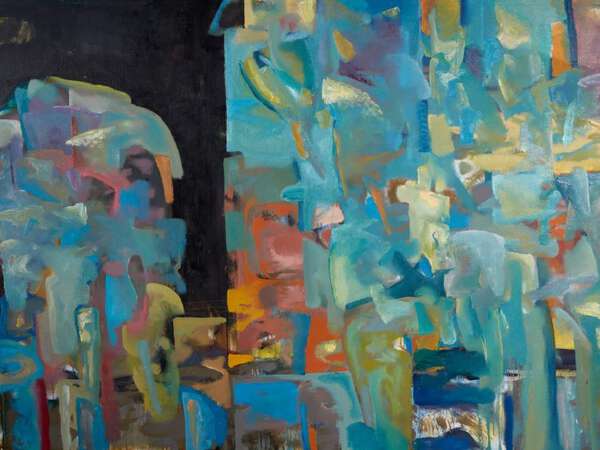 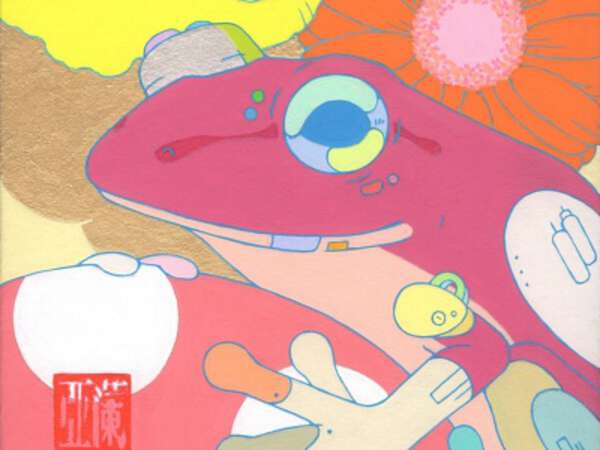 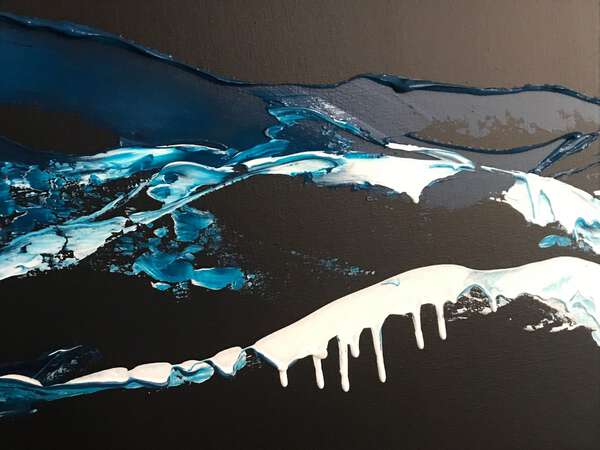 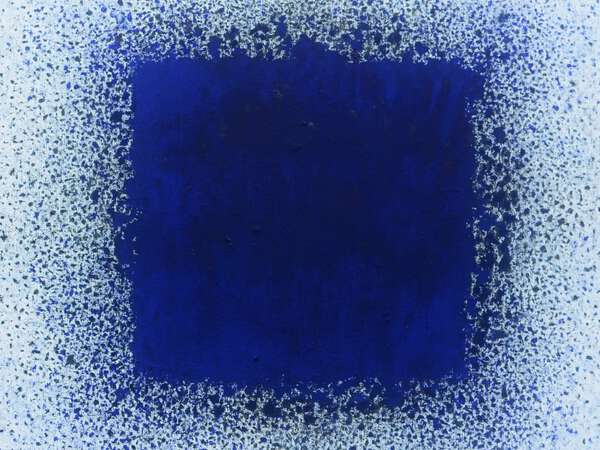 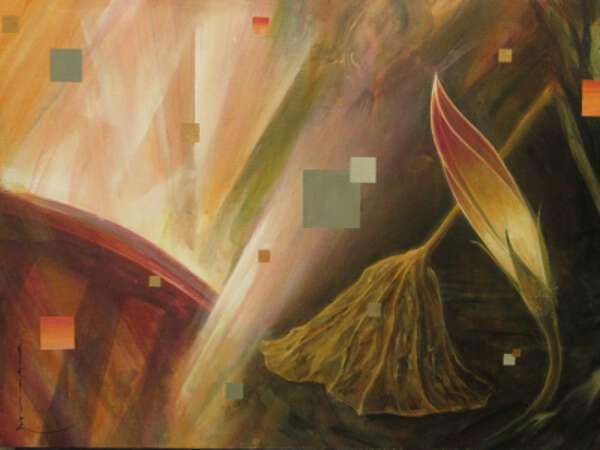 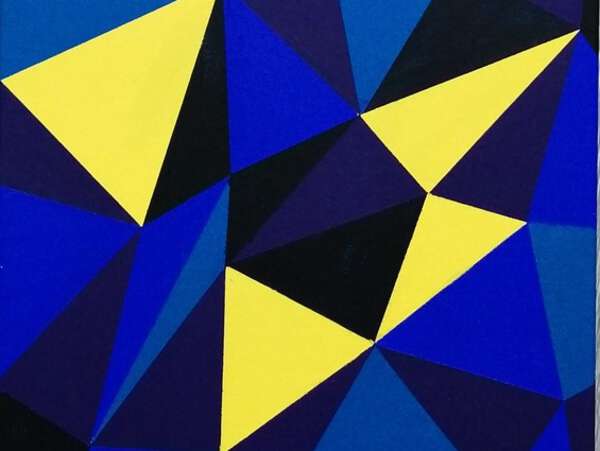